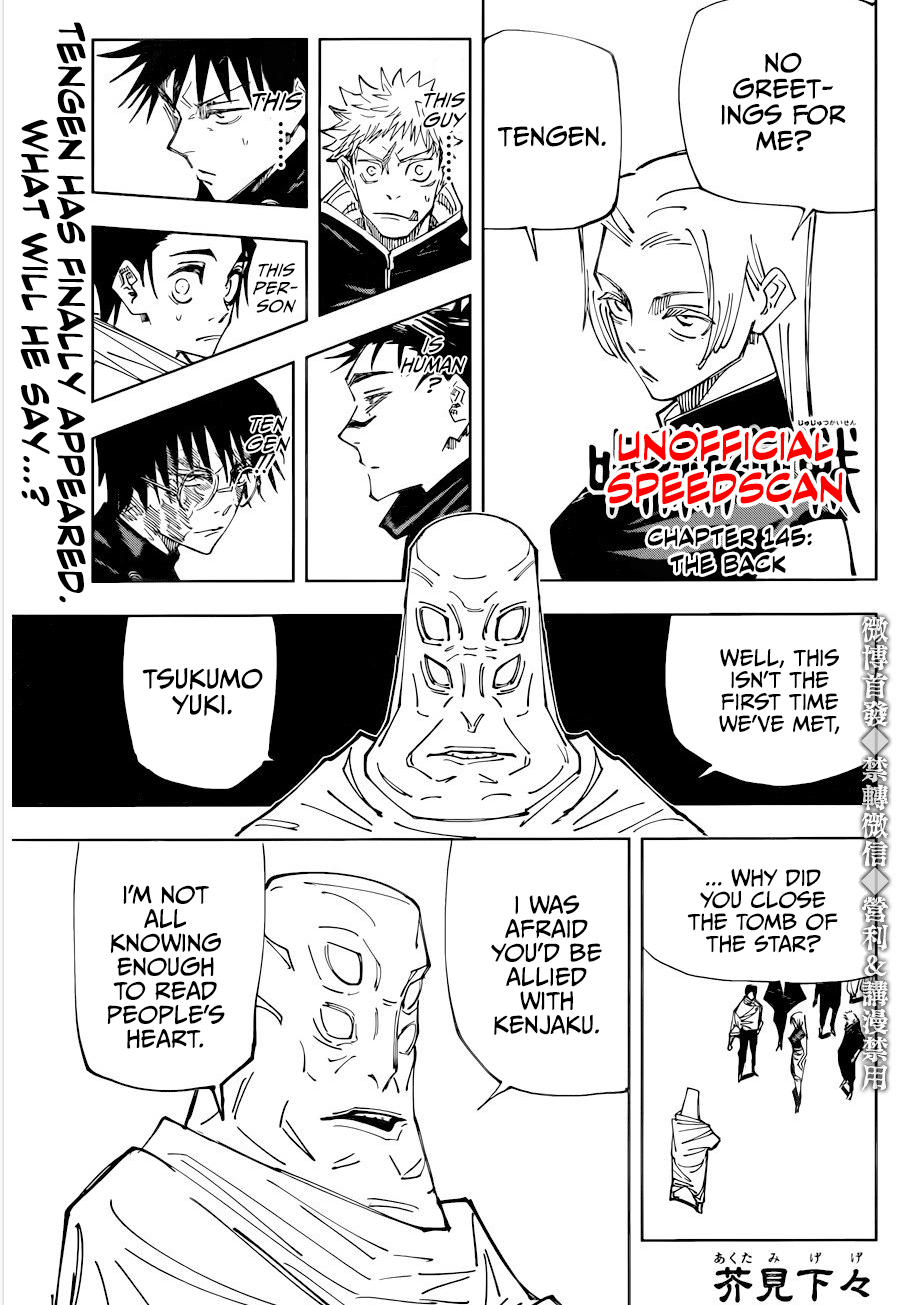 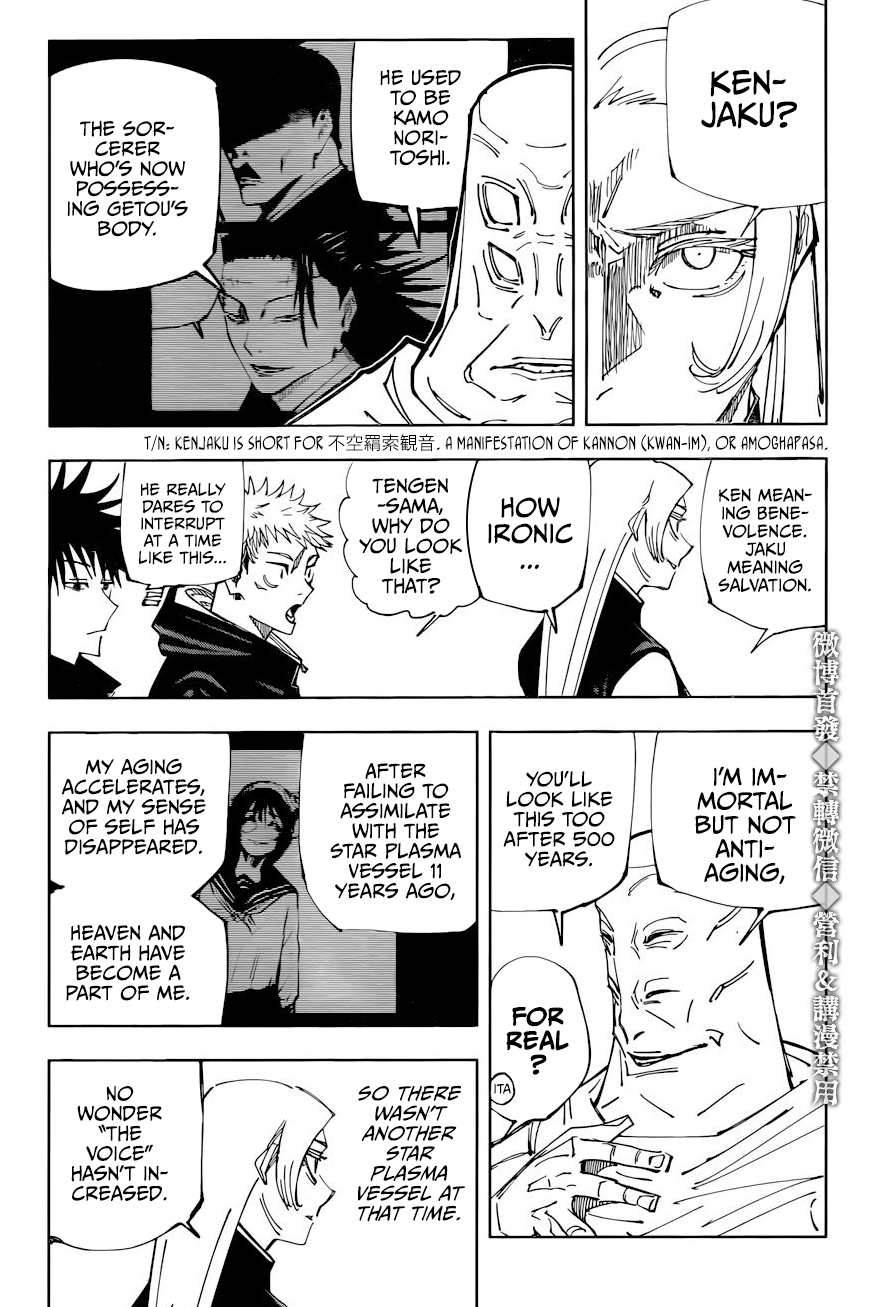 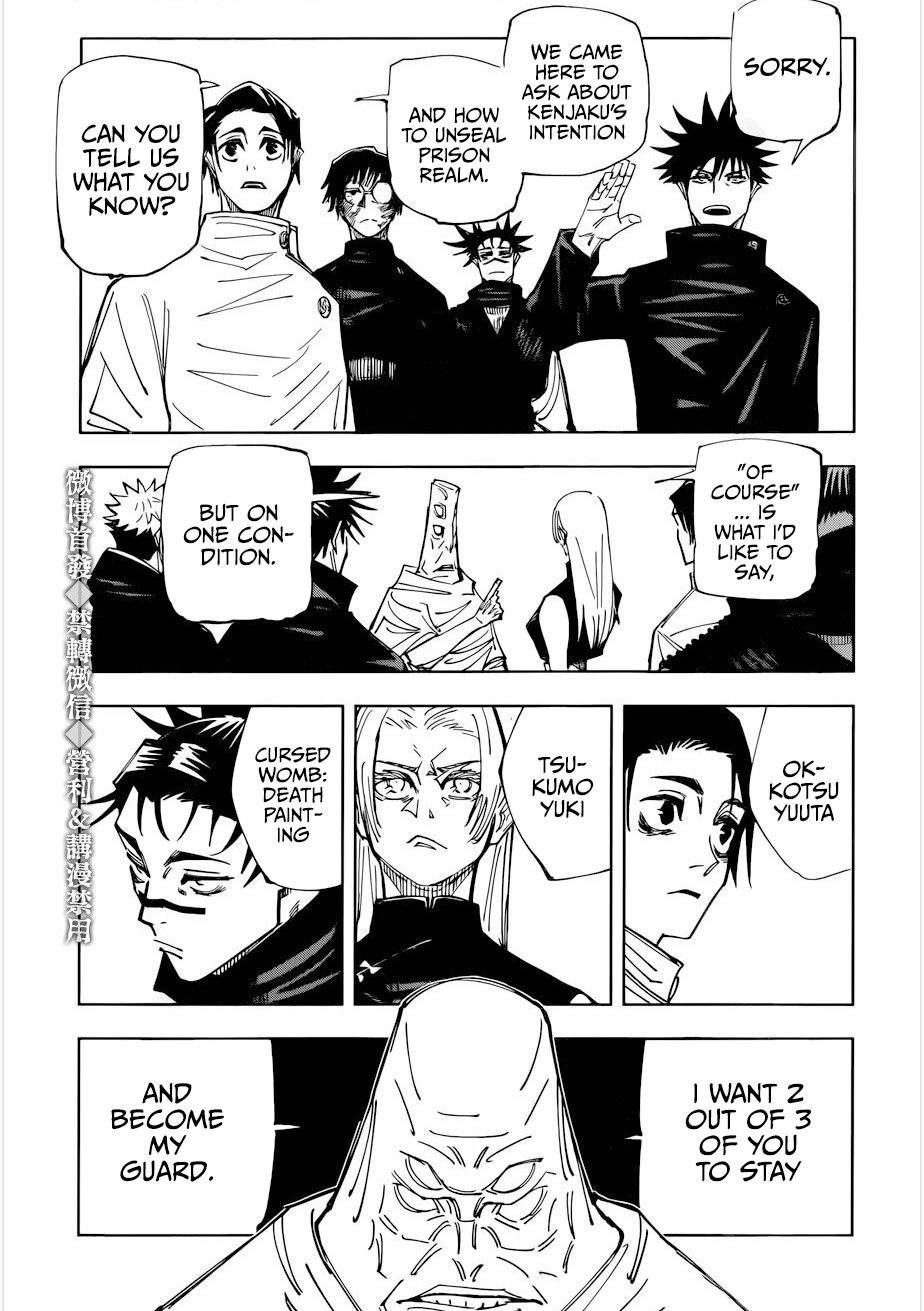 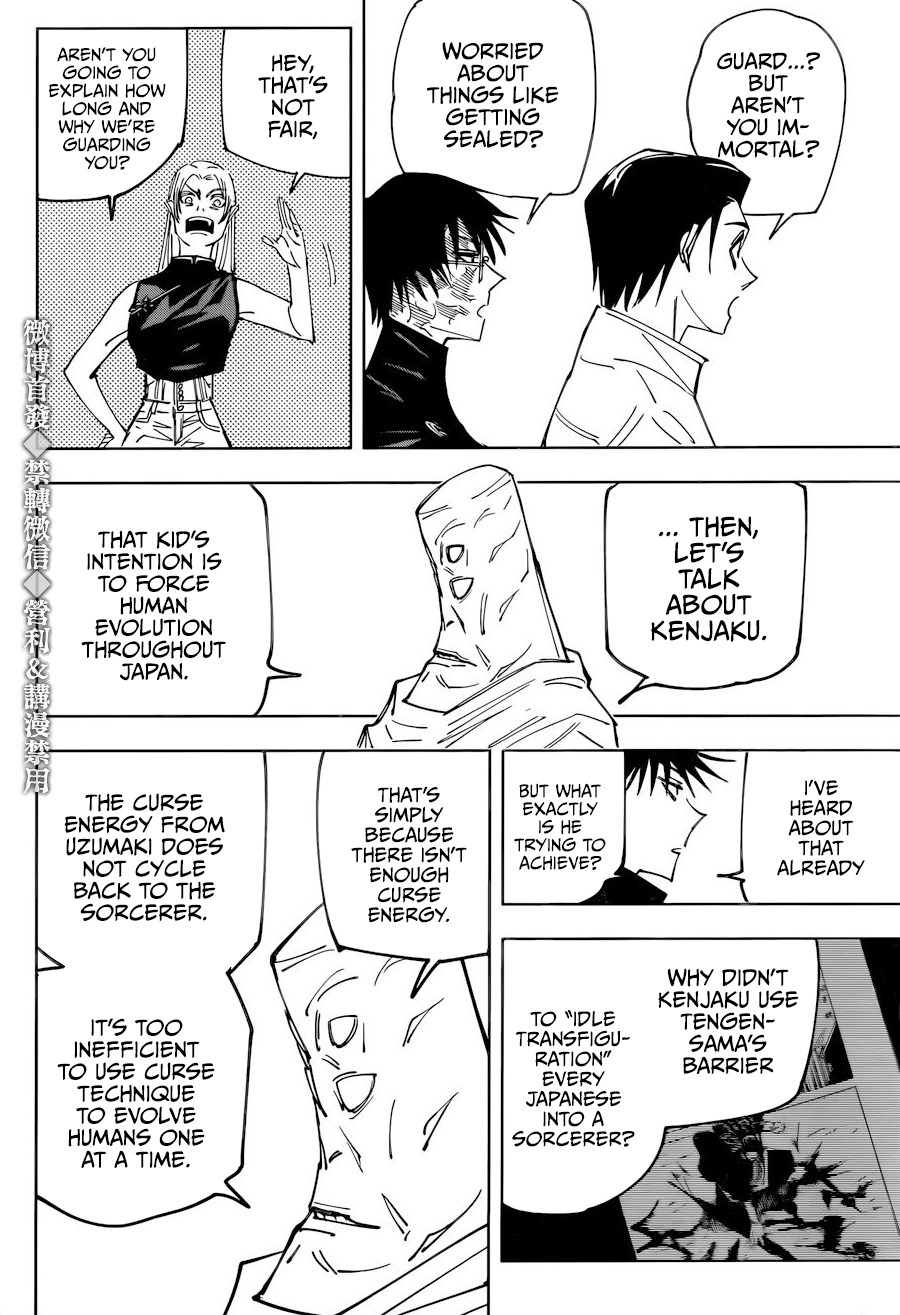 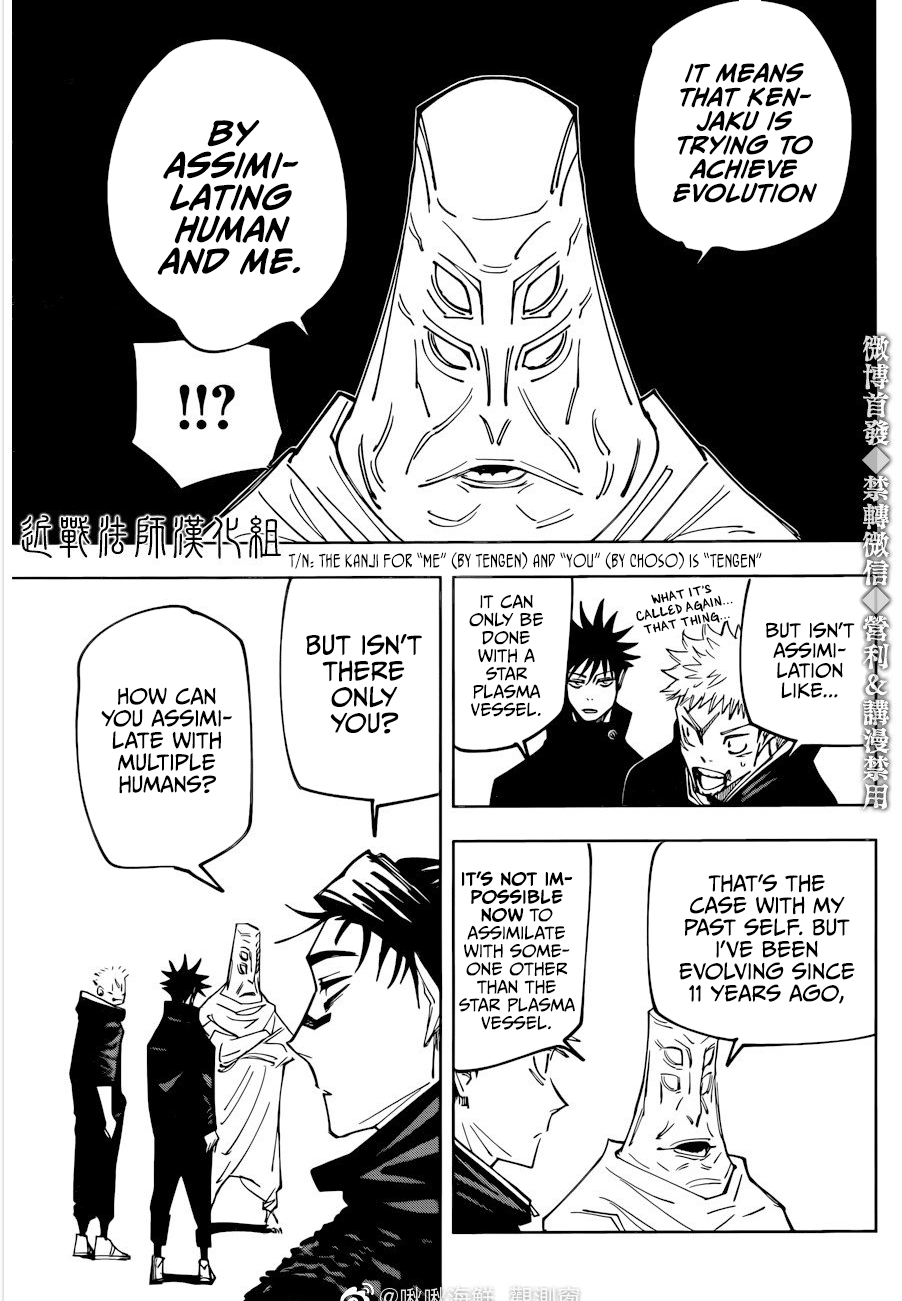 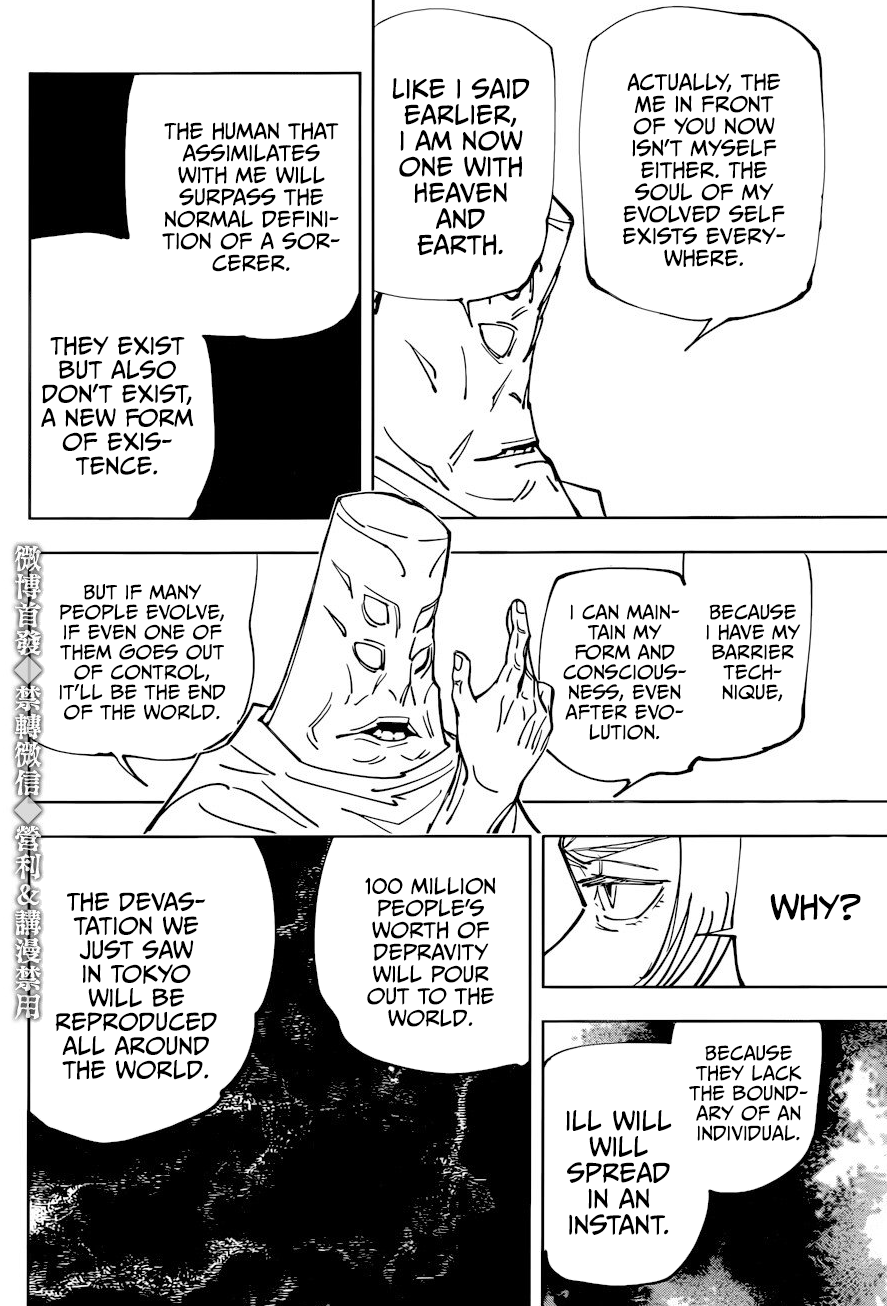 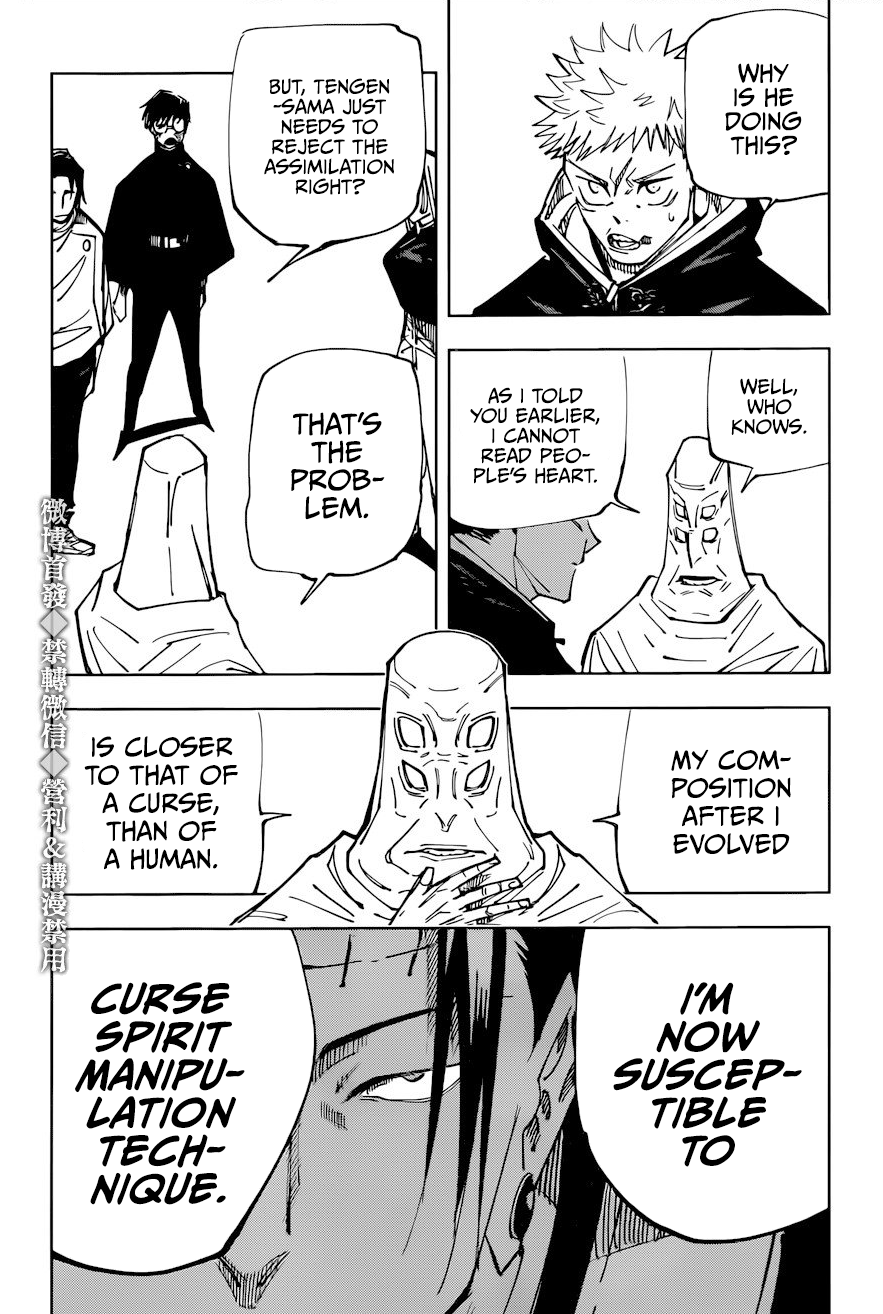 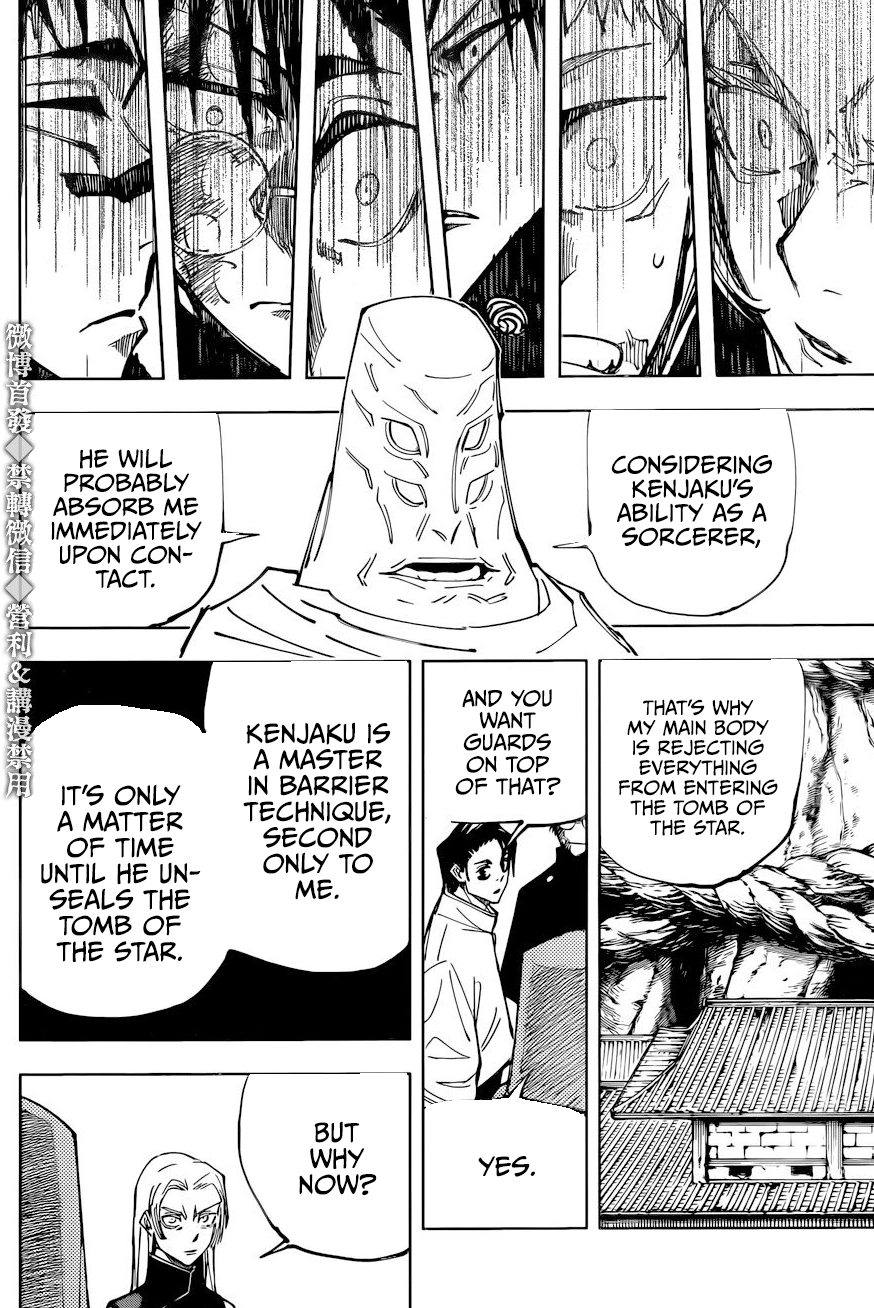 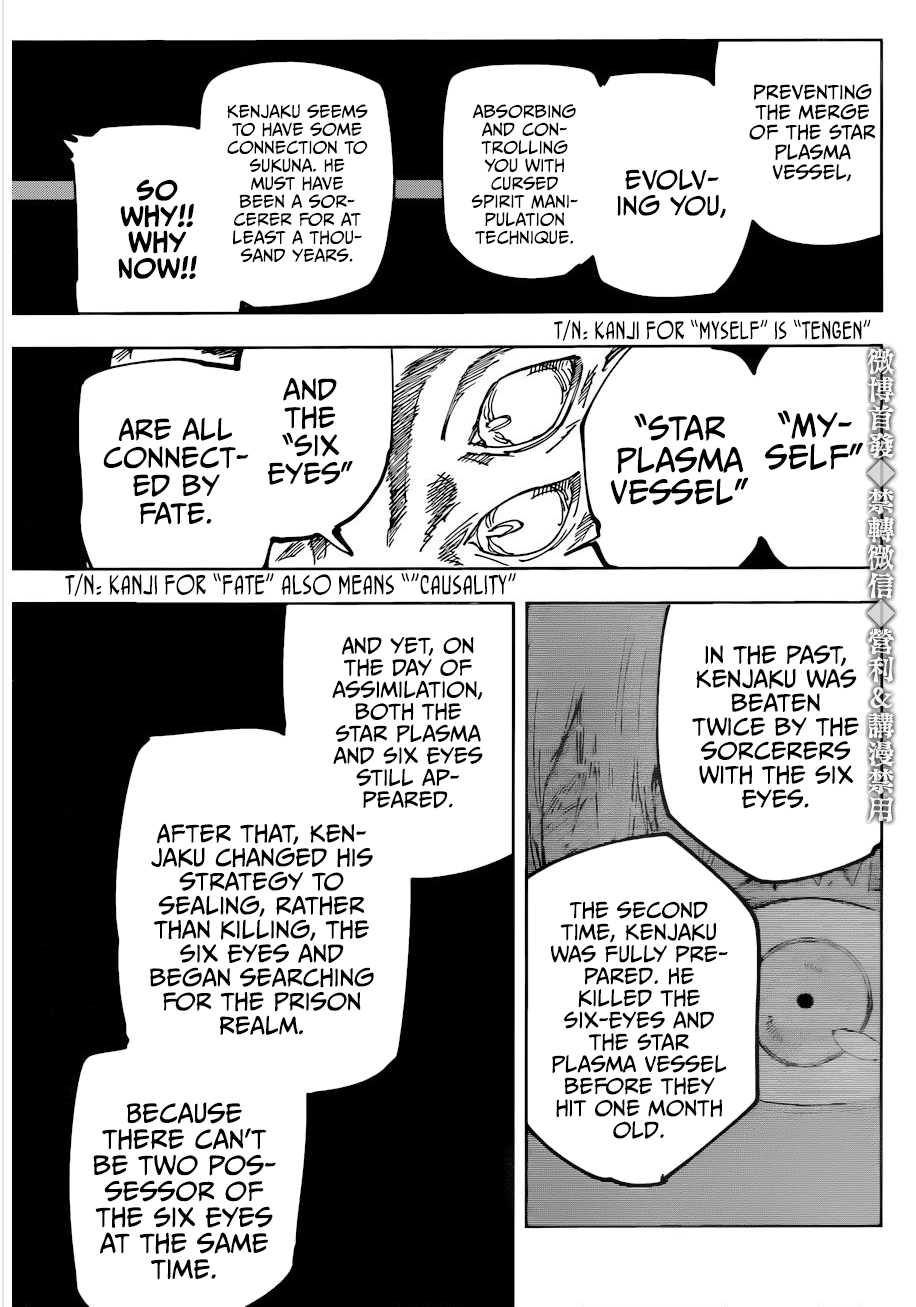 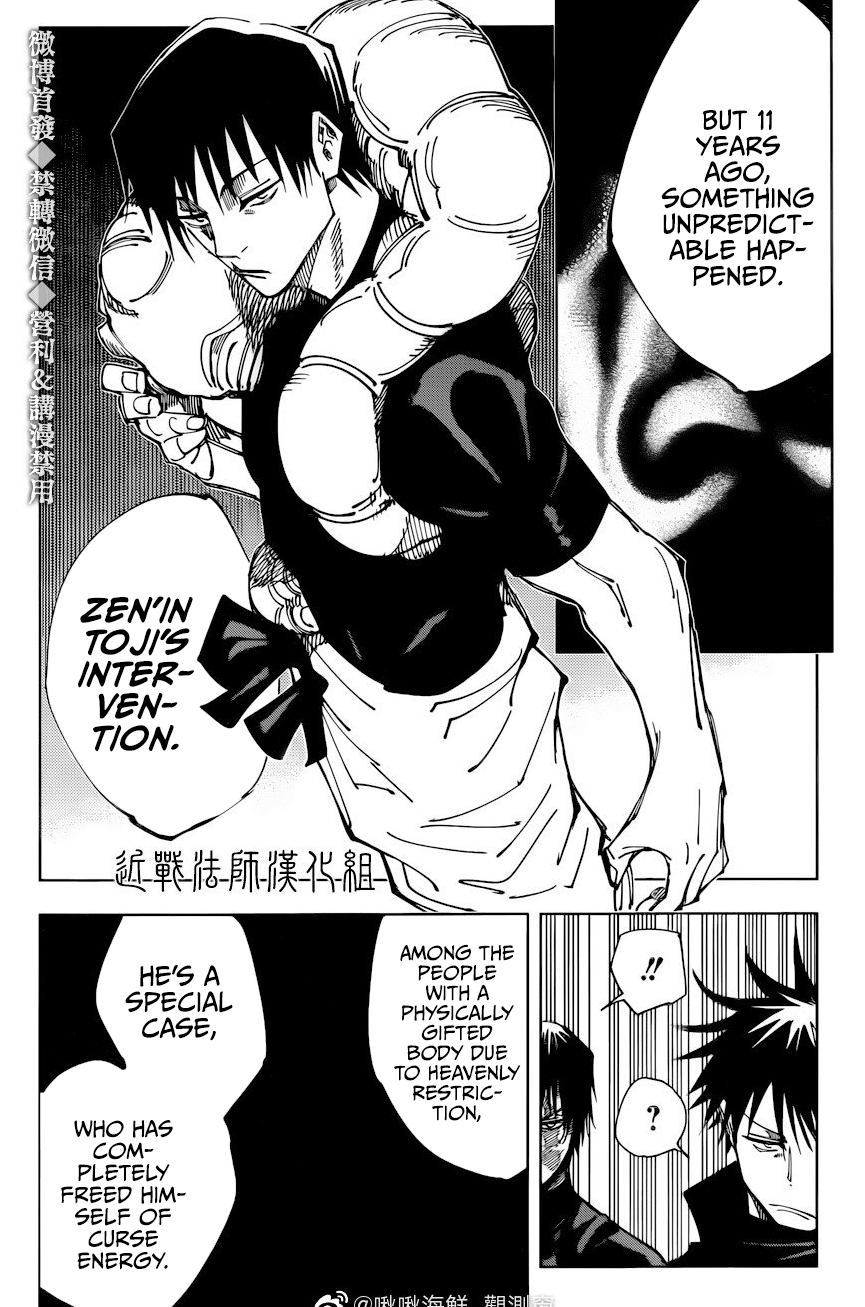 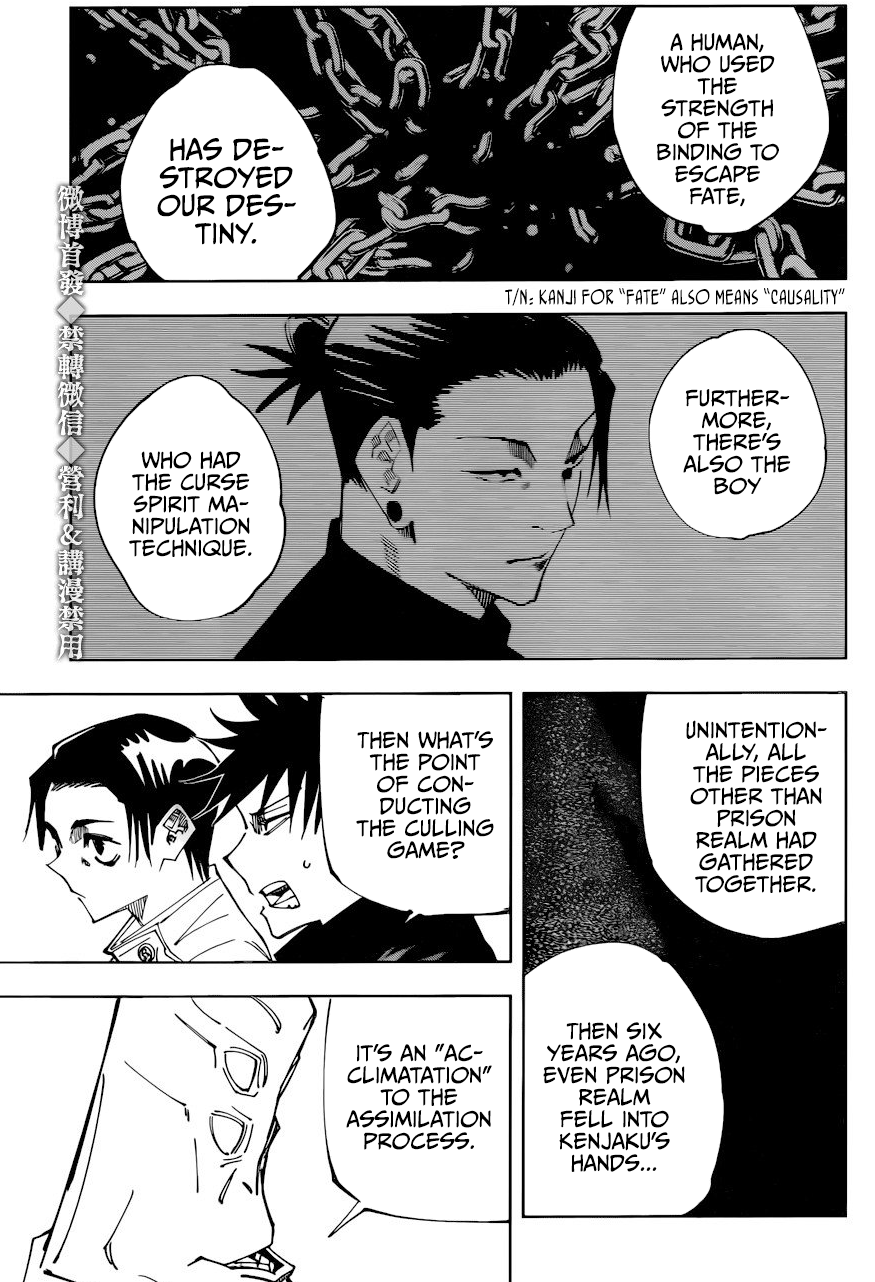 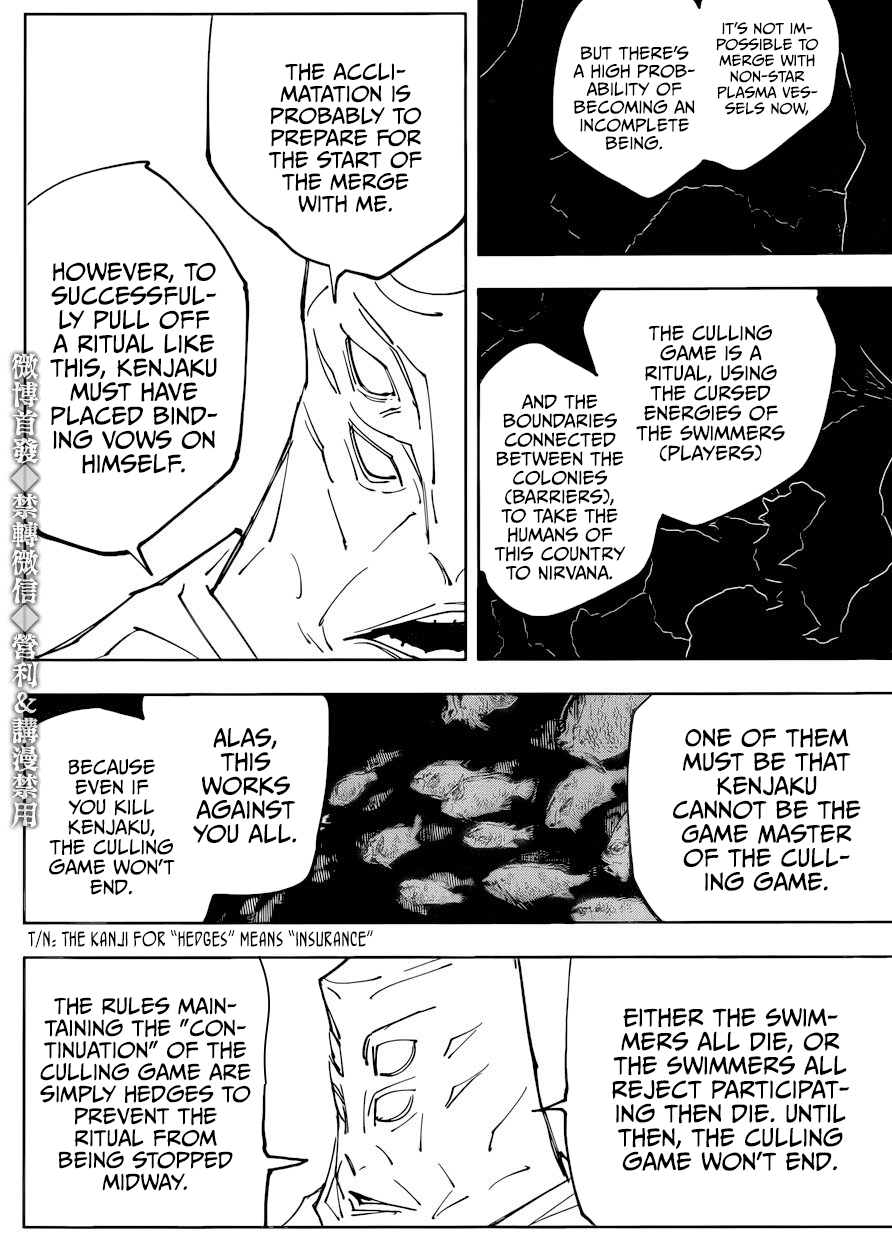 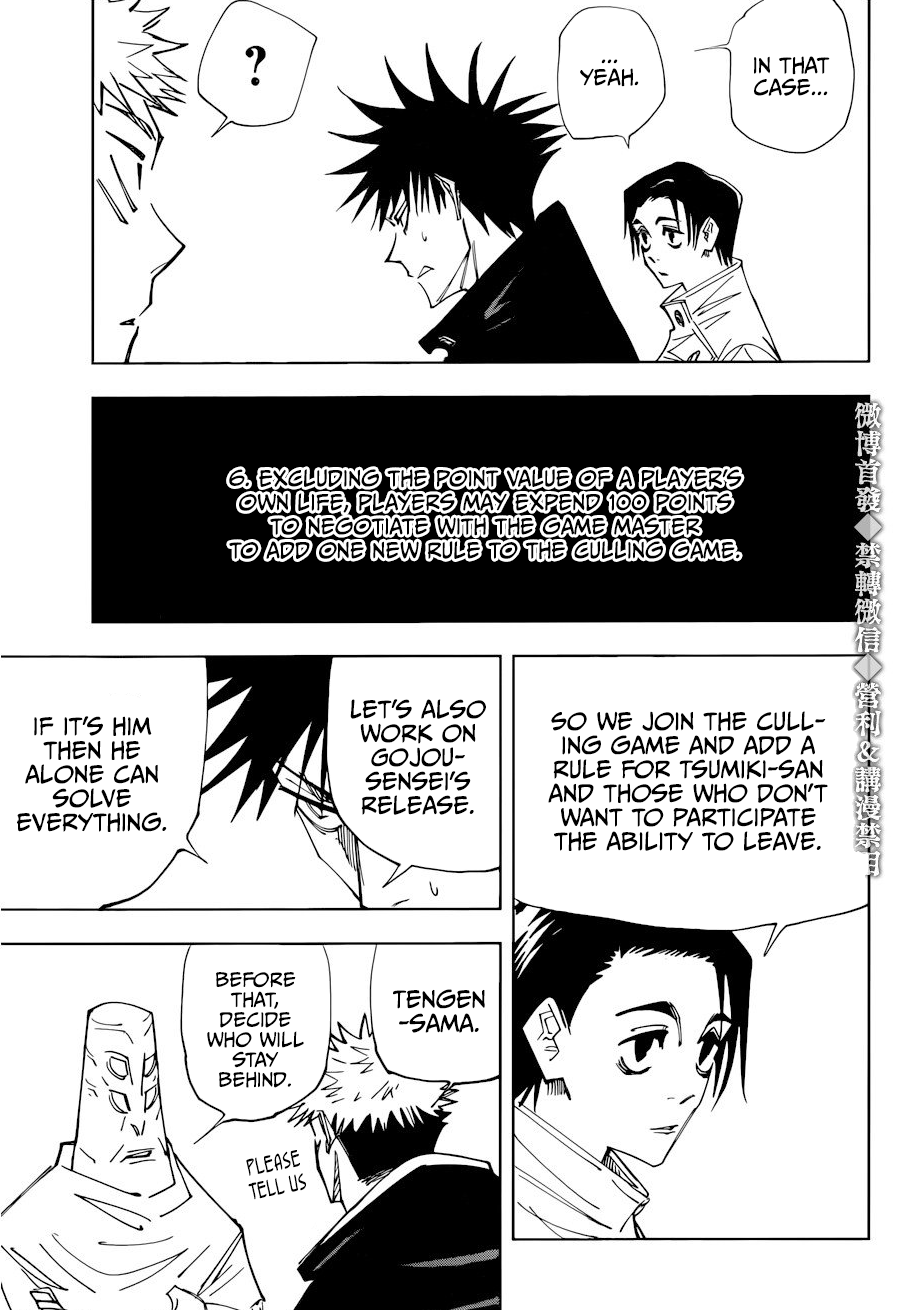 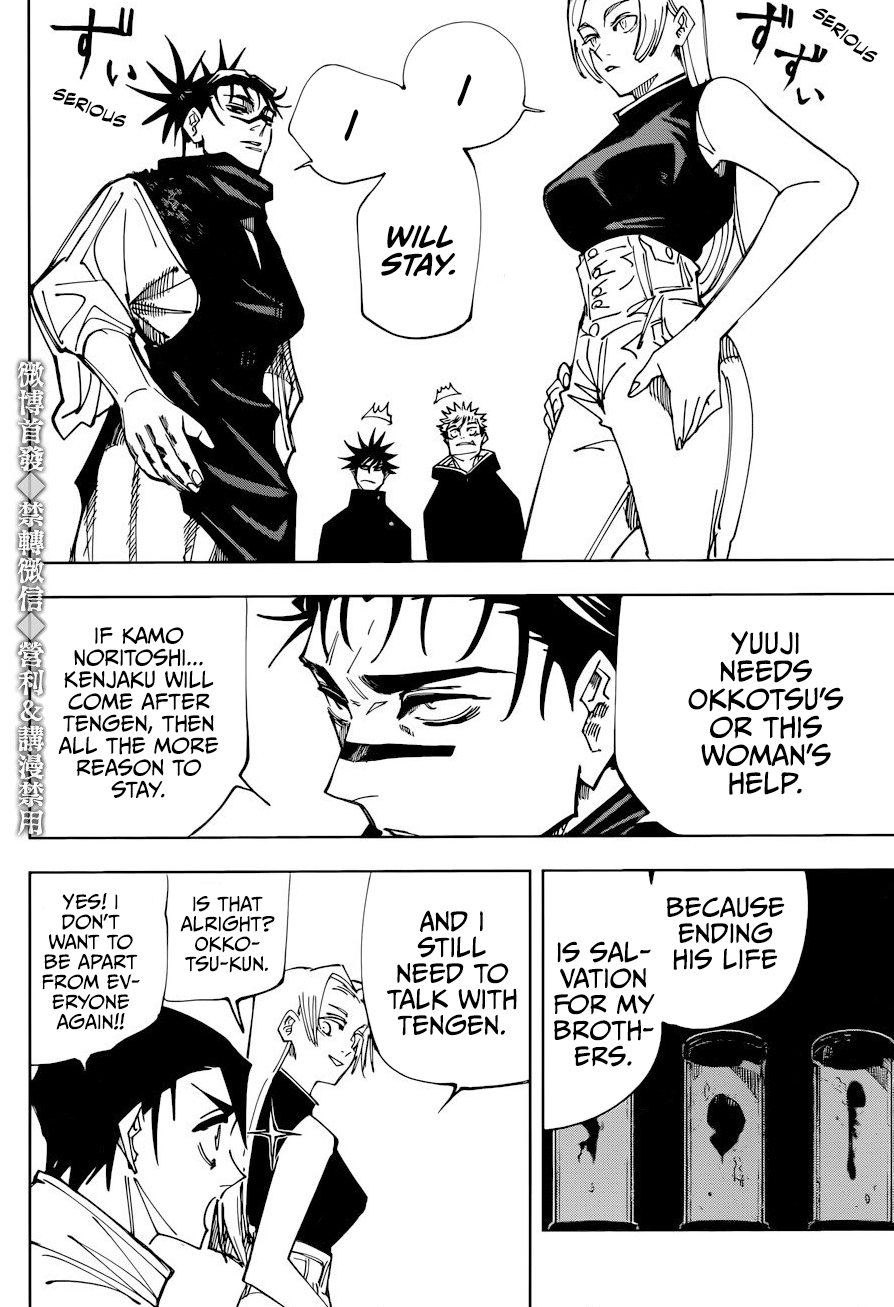 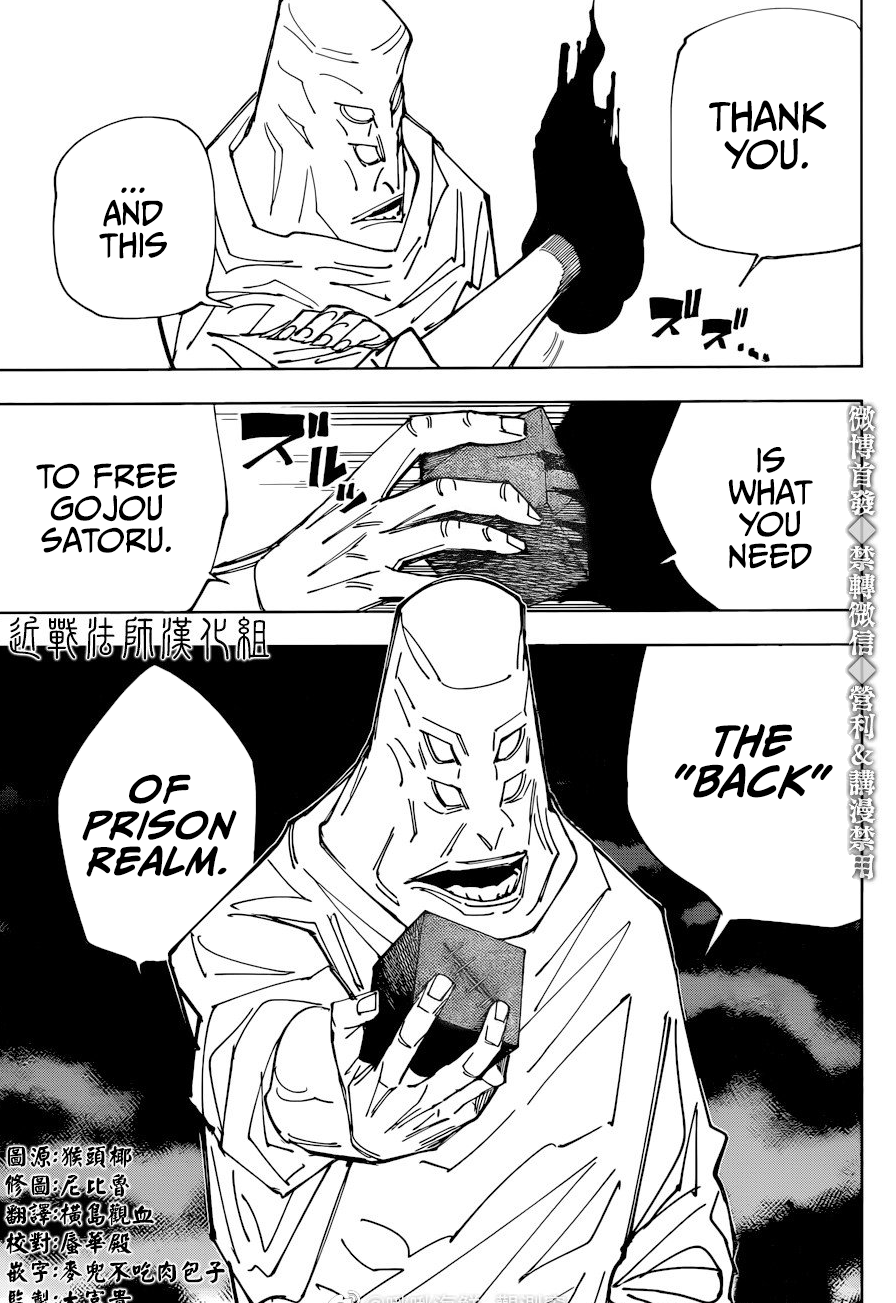 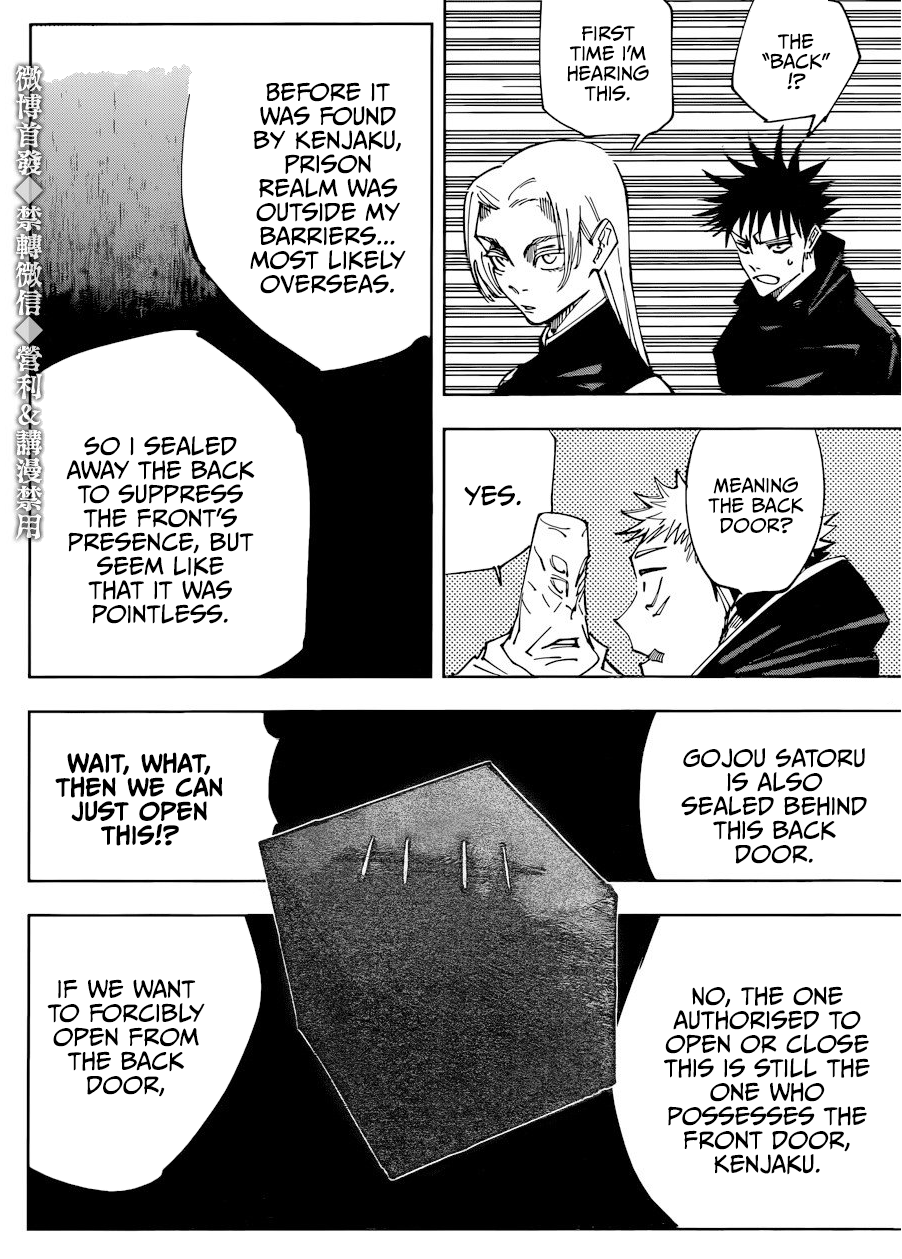 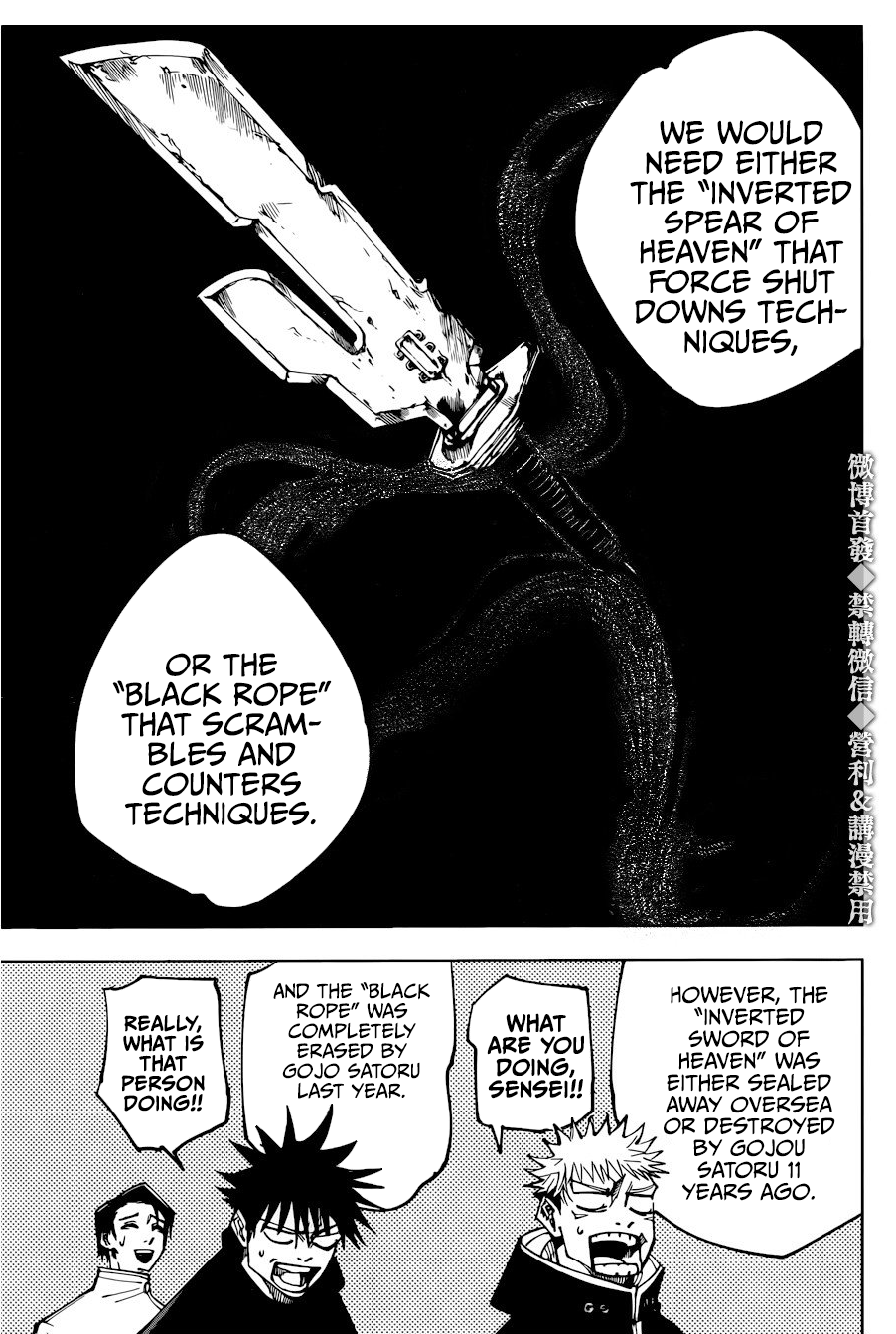 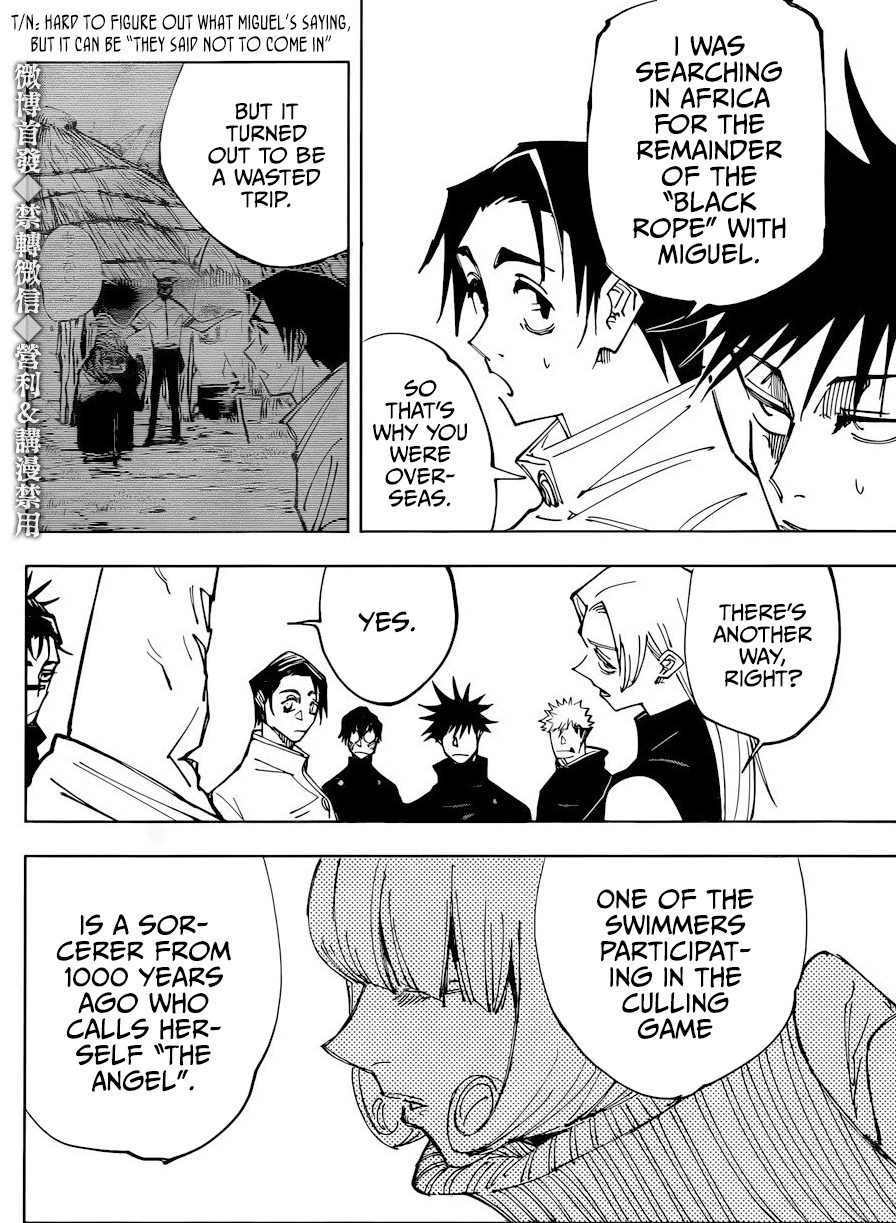 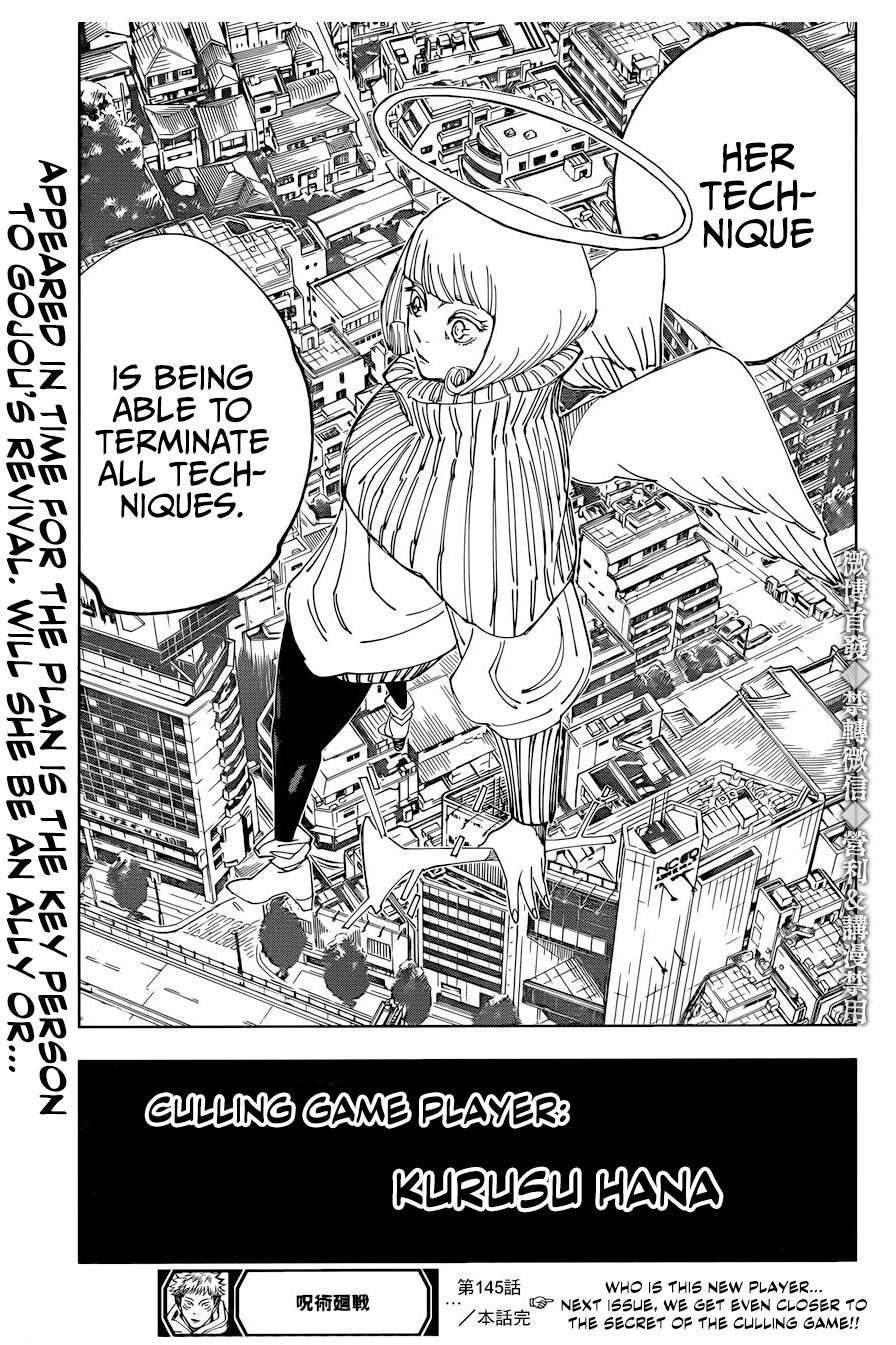 Latest, most accurate spoiler information and everything you need to know about Jujutsu Kaisen – Chap 145 War Spell.

As soon as he saw the curses, Tengen had partially understood why they were here. He agrees to answer all their questions, but on the condition that someone must stay guarded. Choso and Yuki accepted this request. It seemed then that Tengen led the rest of the group inside.

First, the group of curses asked about the identity of the name Geto (brain). Tengen replied that he knew who he was and stated his real name: Kenjaku. He also mentioned something about the event that took place 11 years ago. Next, they ask about how to dissolve the Prison Realm, which is holding Gojo Satoru. Tengen said:

Prison Realm can be opened from both Tien Mon and Anus (ie has two doors). There are two keys that can be used to open them. One being sealed overseas, is called Inverted Spear Of Heaven . Yuta is still looking for it but has not found it anywhere. The other was destroyed by Gojo last year ( Miguel’s Rope , broken in Jujutsu Kaisen Vol.0).