The latest, most accurate spoiler info and everything you need to know about Black Clover Chapter 291. 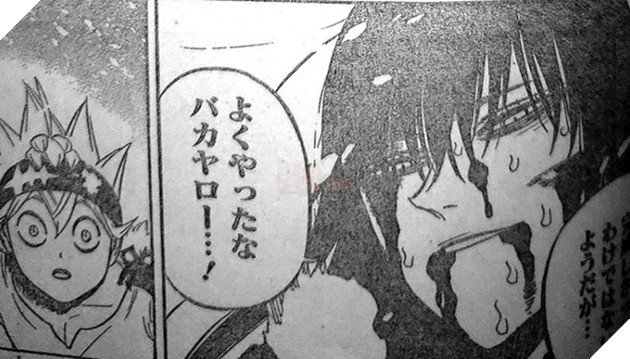 At the beginning of the chapter, the two great demons Lilith and Naamah are confirmed to have been defeated. Asta’s Demon Union is also out of effect. He fell to the ground, facing Nacht. Vice-delegation Hac Boc Nguu Doan smiled at Asta and praised him for his outstanding progress.

After that, Nacht thought about the situation inside the castle. The matches are getting tough right now as the Dark Triad is now much stronger than before. Although they could still attack Morris, both Nacht and Asta were exhausted so they couldn’t take any action.

Following that, we see the situation on Jack’s side. Overwhelmed by the overwhelming strength of Dante, Jack almost collapses. Dante is about to deliver the blow to finish off the captain when a haze suddenly appears. Then, a fireball is shot in Dante’s face. Magna and Zora officially join the battle!

Dante feels contemptuous because the other two lousy knights dare to confront him. Magna says that he will defeat Dante and avenge what he did. After that, we see a flashback of Magna. That day, when she saw Yami taken away, Magna was about to risk death, but Zora stopped him. Magna bites her lip to bleed, vowing that he will definitely take revenge on Dante.

Back in the present, Magna frantically unleashes a fireball at Dante. The attack didn’t cause any significant damage, but suddenly activated a rather strange effect. From Dante’s chest comes a chain of fire that goes straight to Magna’s hand. Immediately, Dante’s strength suddenly drops. Magna takes the chance to punch Dante in the face, sending the Dark Triad back in surprise. Black Clover Chapter 291 ends here.

Next week, Weekly Shonen Jump will take a break for Golden Week so One Piece, Black Clover, My Hero Academia, Dr.Stone, Jujutsu Kaisen … will not have a new chapter.