The latest, most accurate spoiler information and everything you need to know about Black Clover Chapter 288. 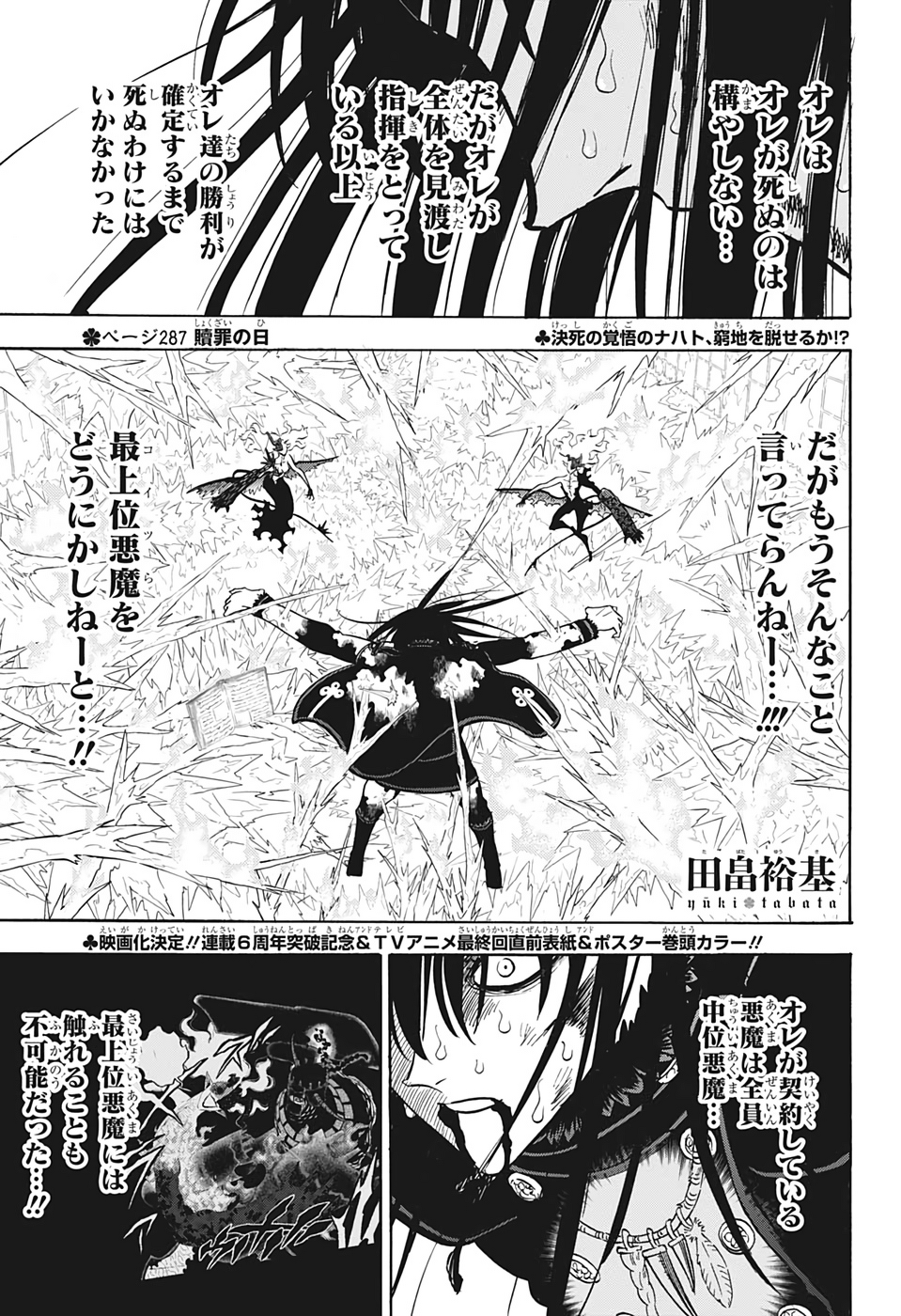 After a cool appearance from the previous chapter, Asta shields Nacht from the attacks of Naamah and Lilith. Nacht told Asta not to worry about him because after all the deputy had been completely injured, it was no use for the fight anymore. Asta declined, saying:

The deputy is the one who helps me become stronger I need you to live on to see that.

Before Asta’s words, Nacht suddenly remembered Morgen’s brother. He felt Asta resembled Morgen and that gave him the motivation to live. Nacht recovered, and Asta fought.

With the power of anti-magic and Devil Union, Asta continuously took the upper hand in front of the two great demons. All Naamah and Lilith’s attacks were meaningless against Asta’s sword. Asta said that with just a little more hold out, Finral and members of the Black Snake Corps would be present as well.

In another development, a new character appeared. Looks like this is another high ranking devil who just passed through Qliphoth. Not too much information about this character yet.

In the final pages of the story, figures of Magna and Zora are seen. After dozens of chapters disappeared, these two Black Boc Ngu members are finally back!

The story then goes back to Asta’s battle with the two great demons. After a while of fighting, Asta pulls out another sword and splits Naamah in half! The upper demon’s body split into two halves to the astonishment of the Nacht’s lieutenant. Black Clover Chapter 288 ends here!