Prediction for spoiler Kengan Omega chap 107, summary of chapter 106 content: With the fantasy about the death of real Nicolas, we will have the answer to the question why Jean took the identity of Nicolas as a fighter for Purgatory : Is Nicolas really the centipede? 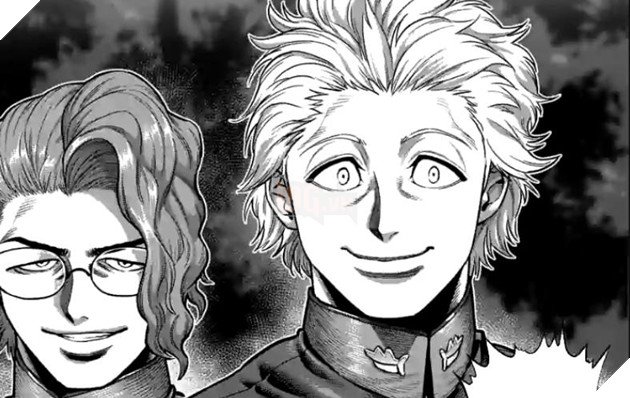 Continuing the previous chapter, Rin confirmed to the two boxers that Nicolas was fighting was not someone they knew. She guessed that he was probably the one that Centipede had inserted into Purgatory.

Back in the game, Akoya begins to understand what “poison” is of Nicolas. By hitting nerves, Nicolas can paralyze a part of the opponent’s body. The paralysis will last 10-40 seconds.

Taking advantage of his advantage, Nicolas continued to attack. At this point, Akoya lost feeling in his right arm, but the policeman still refused to give in. Akoya stepped forward, rammed his shoulder into Nicolas, then knocked his opponent down. Immediately, Nicolas hit Akoya’s diaphragm, causing him to fall to the ground as well.

Nicolas attacked again. This time, he not only hits Akoya’s arms and legs, but also attacks Akoya’s heart and lungs. The representative of Kengan Hoi is in a difficult position!

The chapter returned to Rin. According to the same reasoning as the reader, Rin also said that Nicolas was not from Centipede because his appearance was very different from the original. See more photos, Rin realized that there is a person who is the current Nicolas. Teddy said that the person was Jean Luc, teamed with Nicolas at the time.

Back on the ring, we see a flashback of Jean. At this point, the real Nicolas had murdered everyone and intended to kill Jean. We don’t know what happened next because Kengan Omega chap 106 just stopped here.

In the next chapter, we will see a comparison between the real Nicolas and Jean. As a result, of course Jean won, but why did he take the identity of Nicolas to become the gladiator for Purgatory?

Maybe Jean did it to avoid a certain crime or because he was aiming for something that Nicolas possessed. It is possible that Nicolas was indeed a related person to centipedes and Jean, wanting to get to know this organization, changed his identity.

After the flashback is over, we will go back to how the game played out. Nicolas is still in the upper hand. To oppose his opponent, Akoya will turn on “mad dog” mode and attack with all he has. Canh’s madness will cause Jean / Nicolas many difficulties, even serious injuries.

Kengan Omega chap 107 is expected to be released on April 28th.