Kengan Omega chapter 112 spoiler prediction, chapter 111 summary: After being crushed by Nitoku, Liu will reminisce about the past and counterattack! Will Purgatory Gladiators fall first or will Kengan writers be pushed back? 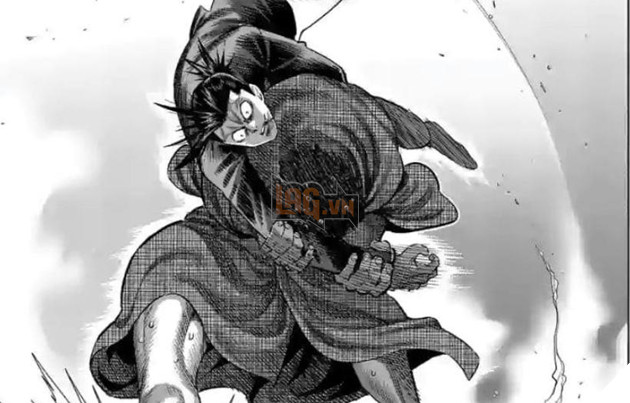 Immediately after receiving Nitoku’s punch, Liu quickly dodged the blow. Nitoku didn’t flinch. He pulled Liu’s hand and threw him to the ground. Liu looked extremely pained. He tried to take a deep breath, regain his concentration and stood up as soon as the referee counted the 9th. Dai Xa realized that the person standing in front of him was no ordinary person!

Liu unleashed his ultimate, punching his opponent with all his might. Guess what, Nitoku doesn’t hurt one bit. The writer grabbed Liu’s head and slammed it on the ground. Lolong stood inside watching, saying “This guy is strong”.

The Great Serpent of Purgatory was in so much pain that he could not stand up. He scrambled to his feet, panting in exhaustion. Liu suddenly remembered Naidan. The deceased friend gave Liu strength. Dai Xa entered the position. In an instant, he flew up, hurling “Shadow Feet” (or something like that) at Nitoku’s face. Kengan Omega chapter 111 ends here.

According to Lolong, Nitoku still suffered great damage from Liu’s attack. However, because Liu’s attack was so exemplary, the writer knew where to be attacked for the best defense, so he stood still until now and made Liu lose his temper.

After remembering Naidan, Liu calmed down. If he maintains his form and continues to attack, Liu will surely make Nitoku measure the ground. In the next developments, Liu will try to attack and retreat quickly so that the opponent cannot catch him.

In the next chapter, we will see Liu’s past (possibly when he was training with Naidan). After the flashback, Liu begins to dominate the match.

Kengan Omega chapter 112 is scheduled to be released on June 3 .