Next matchup: Nitoku VS Liu Dongcheng (Liu Dongcheng). Keeping true to Kengan’s identity, before the match begins are the gladiator evaluations. Ouma judged that Liu was no ordinary person. After going crazy over Naidan’s death, Liu is now extremely calm as he enters the match. He is a true fighter.

Seeing the opponent, Liu and even Nitoku battled each other for several frames of the story. Both showed great will to win. The referee announced the start of the match immediately afterwards. 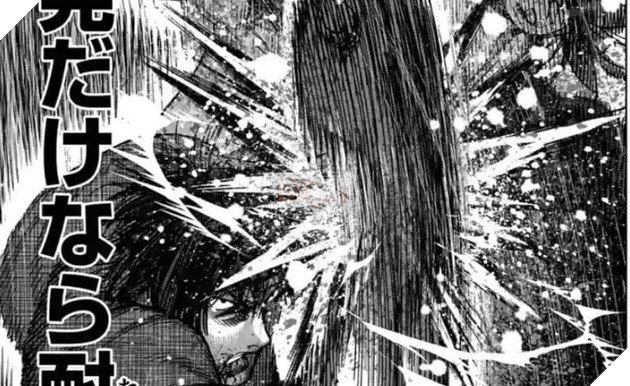 Liu entered combat mode. The “commentators” gossip about Liu’s stance (takes a few more frames). Nitoku quietly raised his hand, opening the match with a long throw. Liu observed and made a judgment on all possible cases and then punched Nitoku with great precision! At this moment, the Kengan writer grabs his opponent’s arm, using his right hand to deliver an extremely powerful hook! Kengan Omega chapter 110 ends here! 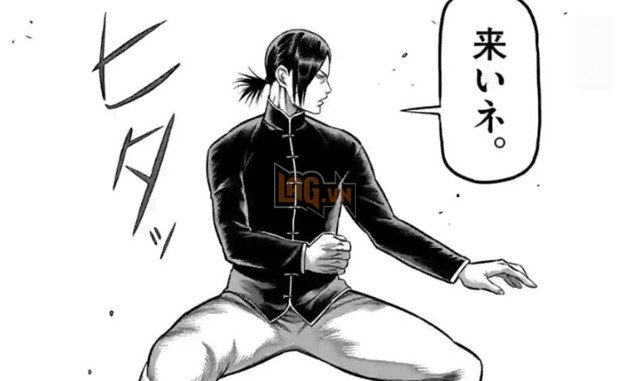 In the last frame, it can be seen that Liu was able to lean back to avoid being hit by a frontal blow. However, Liu is still being held by Nitoku. This is a great advantage for Nitoku’s bodybuilding and Sambo martial art. In the next development, Liu will certainly use his martial arts to retreat from his opponent.

Lolong has said that Liu is very strong but has a fatal weakness of not knowing how to control emotions. Nitoku is a writer again. Maybe in the next developments, Kengan will play psychological tricks to make Liu lose his composure.

Nitoku will continue to have the upper hand for a little while longer before Liu shows off his martial arts prowess. According to Nikaidou, Liu’s martial arts are very strong in 1vs1 so 100% he will counterattack very soon.

Kengan Omega chapter 111 is scheduled to be released on May 27th .