Boruto chapter 59 spoiler prediction, chapter 58 summary: With the desire to become stronger, Kawaki and Team 7 actively practice. In the coming developments, will they work together on a mission to strengthen solidarity or will encounter a new enemy? 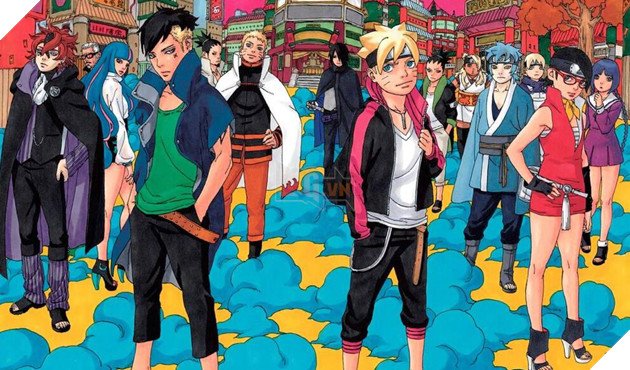 Naruto and Boruto have a conversation that lasts 4-5 pages. The content of the talk revolves around the exchange of what is about to happen and the commitment to always protect Naruto’s son. Naruto gives Boruto the pills, saying that it will help him reduce the possibility of being turned into Momoshiki. Naruto also said that there was a chance that they would kill Boruto. Boruto thought for a moment. He picked up one and put it in his mouth. 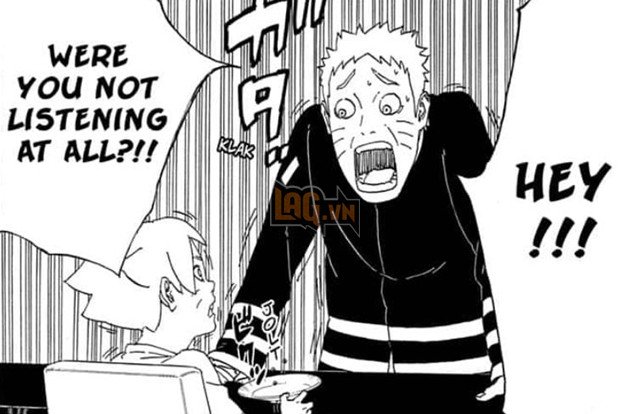 Naruto quickly asked his son, Boruto said he was fine. Maybe the medicine will take time to take effect? Boruto then thanked his father for worrying about him and smiled at Naruto. 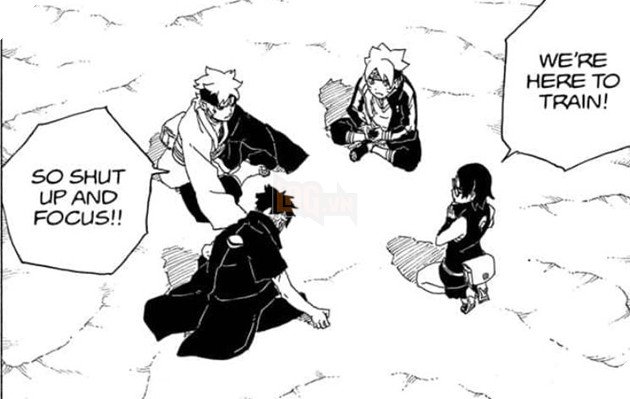 The scene changes to Kawaki, Mitsuki, Boruto and Sarada. Kawaki asks Boruto about the pills. The kids then argue about confronting Code. Kawaki thinks that the current 7 team has absolutely no way to do that. Boruto is angry. Kawaki suddenly attacked Mitsuki. Orochimaru’s son counterattacked. Sarada then joined in. The match between Kawaki and Team 7 takes place. (under the supervision of Naruto and Konohamaru):

First match: Kawaki VS Mitsuki and Sarada. After a few exchanges close to Sarada. Just as he was about to deliver the decisive blow, Boruto hastily intervened. He solicited a 1v1 match with Kawaki to resolve any conflicts. The loser will have to accept the winner’s training method. 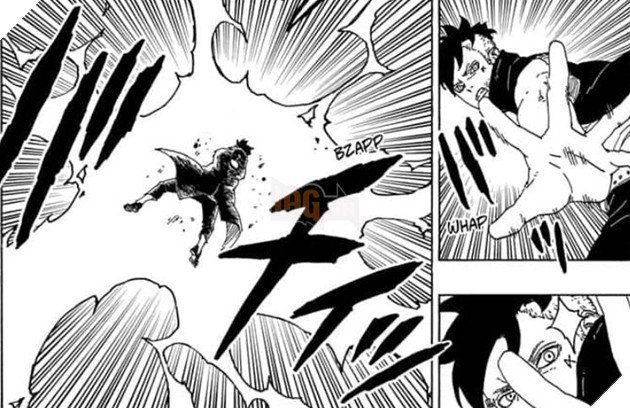 Lasting nearly half of the chapter, the confrontation between Kawaki and Boruto took place extremely excitingly. Kawaki launched a fireball attack. Boruto used Karma to absorb it, then countered with Raiton: Jinraisen. Kawaki was about to use Karma, but he suddenly realized that he couldn’t absorb the attack anymore. Kawaki blamed himself for relying too much on that power instead of his own skills. The upcoming battle will be tough and Kawaki knows he needs to get stronger, no matter what!

Having lost to Boruto, Kawaki accepts that he will train according to the methods of shinobi. Naruto also felt secure and entrusted it to the youth. Boruto chapter 58 ends here.

Boruto’s next chapter will most likely have nothing too important to happen. The story is in a slow phase to give the characters time to develop themselves and be ready for the upcoming battle for survival, so Borruto chapter 59 will be a serious training process for Kawaki and Team 7.

In order for the children to progress faster, Naruto might give them special missions. Maybe the Five Great Kage will assist the Seventh in this. During the meeting, they agreed to Naruto’s way of doing things but still couldn’t except in the case that someone wanted to kill Boruto to eliminate the consequences. Going on a quest might lead to an opportunity to destroy Boruto.

With Ada’s guidance, Code will stay in seclusion for a while longer (at least 2-3 chapters) to accumulate strength, waiting for the opportunity to rise up.

Boruto chapter 58 is scheduled to be released on June 20 .